How to Defeat Mara

This page includes more detail on how to defeat Mara the third boss fight in Ghostrunner. This is the sixteenth level of the game.

As you grapple across to the arena, a cutscene will trigger and Mara will rise up. You’ll also notice that there are multiple curved surfaces above you which are covered in electricity. You’ll need these later on in the battle, but for phase one you can ignore these.

How to Defeat Mara

There are three stages to the fight with Mara and in comparison to the previous boss battles, she’s relatively easy. Each time you hit Mara, this also counts as a checkpoint, so if you die during one of the phases, you’ll only have to restart from that phase. 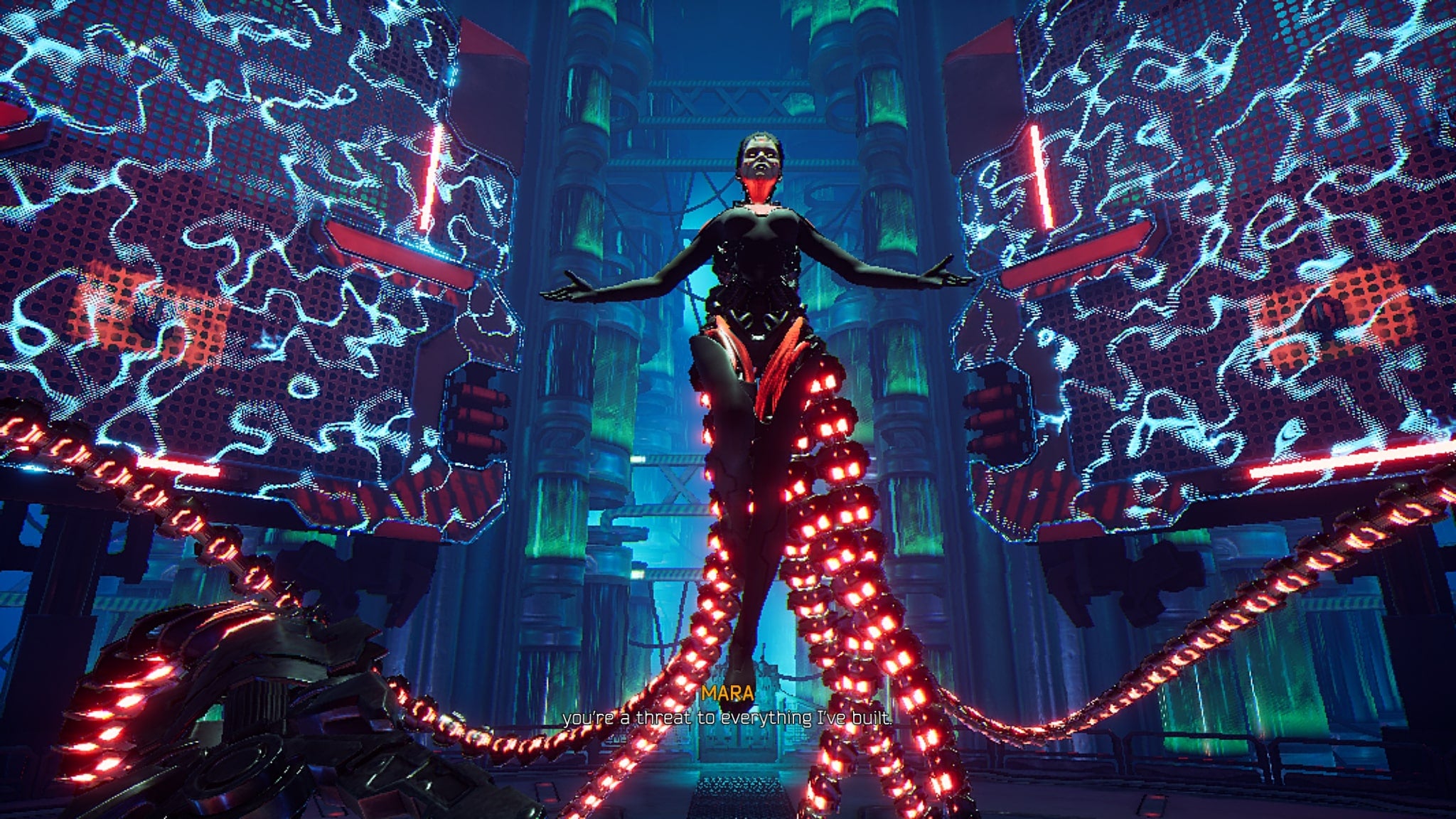 Mara has multiple mechanical tentacles that she will use to attack you, and she’ll also introduce electricity to the platform you’re standing on. There are a few ways that Mara will use her tentacles to attack: she’ll swing them at you and you’ll need to jump over them, she’ll lash out at you with them, she’ll slap them down and finally, she’ll shoot out a fire blast from them that you’ll need to jump and avoid.

Similarly to previous boss battles, you’ll need to learn the patterns here to know when to jump, dash or use sensory boost to avoid attacks. The aim is to avoid her attacks long enough until she throws out a tentacle and it becomes stuck in one of the electrical boxes. As they glow yellow, hit them to damage Mara. 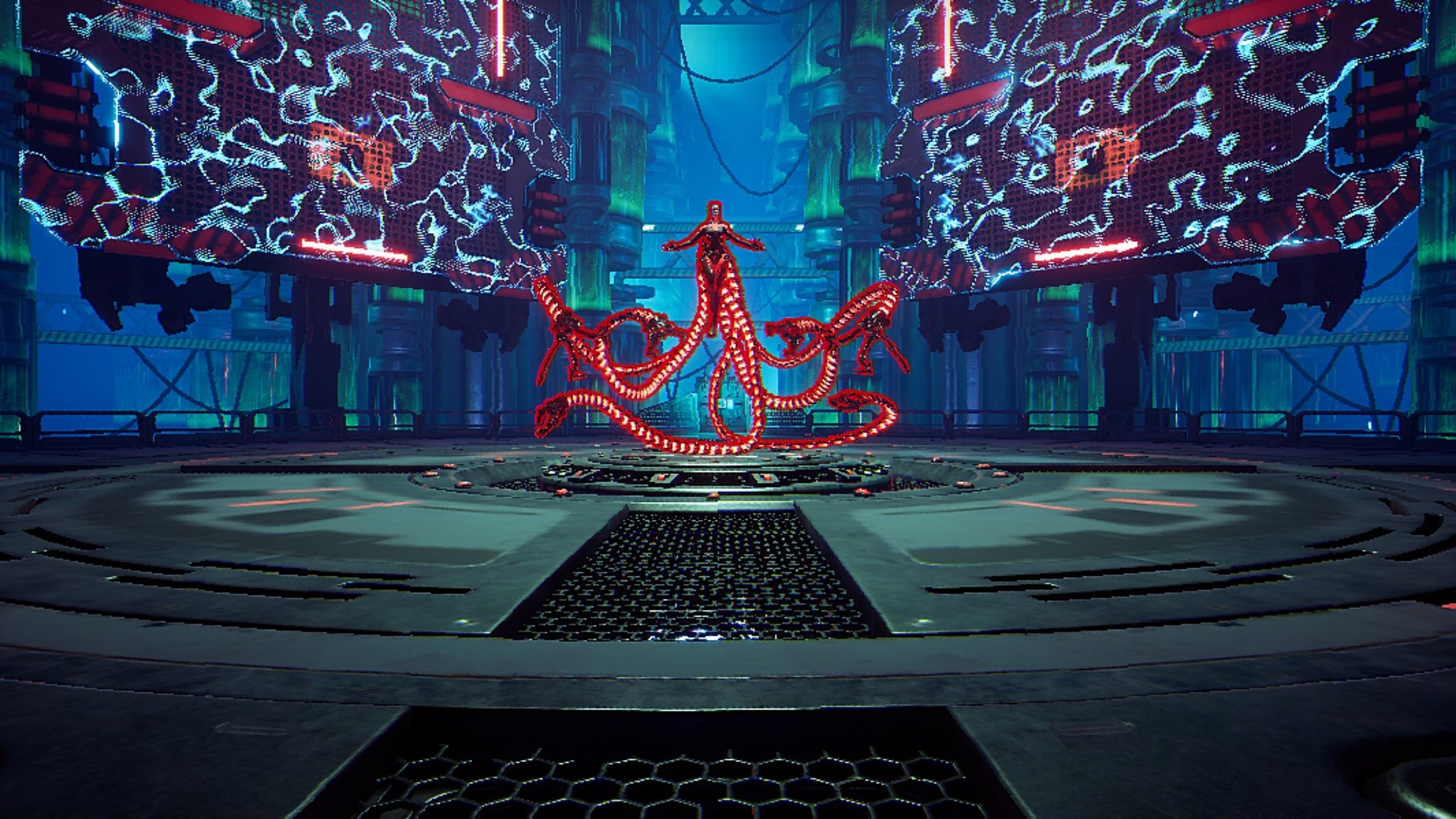 During the first phase, Mara will use her tentacles to attack in different ways. You’ll need to jump over them, dash to avoid them and use Sensory Boost to avoid her line of fire. This part is fairly straightforward and after avoiding her attacks for enough time, she’ll throw out a tentacle and it will get stuck in the electrical box. This is your signal to attack. Hit the tentacle in the part that is glowing yellow to damage her.

After you hit her for the first time, she’ll introduce electricity to the arena. Only one section at a time will be affected by electricity, but it will move so you’ll need to dash and use Sensory Boost to keep off of this parts of the platform. She’ll do as she did in phase one, making lunges and sweeps at you. Avoid these attacks and after a short while, she’ll introduce electricity to the entire circle of the platform you’re on. This is when you’ll need to use the grappling hooks to jump up to the surfaces above and run around them until it’s safe to drop down.

You’ll need to repeat this process a second time. Once again, she’ll take a swipe at you and her tentacle will be caught. Attack her to deal damage and begun the third phase.

For the third and final part of the fight, it’s almost the exact same as phase two. The only difference is this time, two portions of the circle will be affected by electricity at a time and they will constantly rotate – slowly – as you avoid her lunges and swipes. They will rotate to the left and first, but after you’ve jumped up, run around the room and dropped down again, they will rotate to the right. Dodge her final set of attacks and she’ll lose another tentacle to an electrical box. Hit her for the third time and the boss battle will be over.