Koch Media and SNK Corporation have announced that The King of Fighters 15 will be released on February 17, 2022.

The date has been revealed as part of Gamescom’s 2021 live premiere, The King of Fighters XV will launch on PS5, PS4, Xbox Series X | S, and PC via Steam or the Epic Games Store.

King of Fighters 15 will feature 39 playable characters, taken from Orochi, NESTS, and Ash sagas. By bringing together classic characters and revived favorites, the plot of King of Fighters will be brought to an “explosive climax”.

The game will revolve around the classic 3v3 team battle system and introduce a new Shatter Strike mechanic that helps fend off enemy attacks. MAX mode has been improved and a new MAX (fast) mode option has been added, which adds a rush function that allows for quick combos.

Along with these modes, there are 2 player local battles and 28 player online battles. Ranked Match, Casual Match, Room Match, Online Practice, and draft vs. mode match are all available for online play.

An in-game gallery with images from the game, as well as a special animated short film directed by Masami Obari. The new DJ station also allows players to choose from over 300 songs from the King of Fighters series and let them play in the background of battles.

The King of Fighters 15 Standard Edition will retail for $ 59.99. A Day One Edition, featuring the Classic Leona DLC skin, will have the same price tag on launch day, and pre-orders will also include the Garou: Mark of the Wolves skin for Terry. The Deluxe Edition for $ 84.99 will include the above, along with Team Pass 1, a season pass that adds six new characters.
For more on The King of Fighters, check out the latest trailers for Antonov, Athena, and the Dinosaur King. 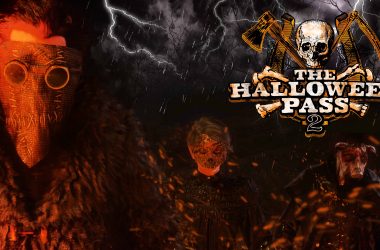 Earn All Manner of New Grisly and Ghoulish Rewards