Dying Light 2 Stay Human’s schedule for the December 7 release date has been pushed back to February 4, 2022, according to the game’s developer, Techland.

The new Dying Light 2 release date was confirmed by Techland CEO Paweł Marchewka on Twitter. He apologized to the fans for this delay and said:

“The team is steadily progressing with the production and the game is nearing the finish line,” Marchewka said. “The game is complete and we are currently playtesting it. It is by far the biggest and the most ambitious project we’ve ever done. Unfortunately, we’ve realized for us to bring the game to the level we envision, we need more time to polish and optimize it …”

“We are sorry to keep you all waiting a little longer, but we want the game to meet your highest expectations on release and we don’t want to compromise on this.”

Marchewka also said that a detailed preview of console and PC versions of the game will be shown off in October.

Dying Light 2 Stay Human will be available on PlayStation 4, PlayStation 5, Microsoft Windows PC, Xbox One, and Xbox Series X. Players will be sent to the City, which Techland describes as “humanity’s last stronghold” against a virus that turned Harran’s people into zombies in Dying Light. Dying Light 2’s day-night cycle and parkour-inspired traversal will return. Players will be able to control Aiden Caldwell, a new protagonist who joins a group of survivors called the Nightrunners in the game’s story.

Dying Light 2 was first announced at E3 2028 by Techland, which was originally scheduled to be released in spring 2020. In January 2020, it was delayed to December 2021, now another new release date. This is the eagerly awaited sequel to Dying Light’s hugely successful debut in 2015. 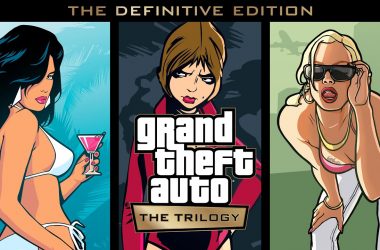 Volition announced “Saints Row”, a full restart of the open world series, which will arrive on February 25,…