As we enter the summer months, it becomes increasingly difficult to decide what to play. With the release of many highly-anticipated titles coming out this June, there are a lot of games to choose from! You don’t have to worry about this decision any longer because I’ve compiled a list of the top 10 biggest games that will be released in June 2022 and you can take your pick! From sequels to long-awaited original titles, there’s sure to be something for everyone!

Diablo Immortal is the first big game coming out in June 2022. It’s a highly anticipated game and is a mobile spin-off of the popular Diablo franchise. It is an action RPG game that takes place in the world of Sanctuary. Players will take on the role of one of six classes: Barbarian, Crusader, Demon Hunter, Monk, Necromancer, or Wizard. They will fight against hordes of enemies and attempt to uncover the secrets of Sanctuary.

Unexplored 2: The Wayfarer’s Legacy is an upcoming action role-playing game developed by Ludomotion and published by Raw Fury. It is the sequel to the 2017 game Unexplored.

Unexplored 2: The Wayfarer’s Legacy was announced in February 2019. The game is set in the same world as its predecessor, but it introduces a new protagonist, who must travel to different parts of the world to uncover the mysteries of the land.

The game will feature new environments, enemies, and puzzles, as well as a new combat system that will allow players to fight using a variety of weapons and magic.

Outriders is an upcoming third-person shooter video game developed by People Can Fly and published by Square Enix. The game is set in an original science fiction universe and will feature a campaign mode that can be played co-operatively with up to three other players. It is scheduled to be released for Microsoft Windows, PlayStation 4, and Xbox One on April 1, 2020.

SpellForce III Reforced is one of the biggest games coming out in June. This real-time strategy game is set in a fantasy world and features three factions that players can choose from. The game includes both single-player and multiplayer modes.

SpellForce III Reforced has a unique mixture of elements from both RTS and RPG games. Players will have to build up their armies and manage resources, but they will also be able to level up their characters and equip them with better gear. The game features a massive open world to explore, filled with quests to complete and enemies to fight.

If you’re a fan of either real-time strategy or role-playing games, then you’ll definitely want to check out SpellForce III Reforced when it comes out in June.

Mario Striker: Battle League is a 5-on-5 soccer game that features characters from the Mario series. Players can customize the characters with gears, appearance and attributes.

Players can also customize their stadium, and join clubs to fight against other clubs. This game will also feature global ranking. It will be released on the Nintendo Switch on June 10th.

The Quarry is a new mining game where players will take on the role of a miner who must extract resources from a quarry. The game will feature a variety of different minerals that can be mined, and players will need to use their mining skills to collect as many resources as possible.

The Quarry will also feature a variety of different puzzles that players will need to solve in order to progress. The game is said to be challenging, but also very rewarding. Players who are able to successfully solve the puzzles will be rewarded with more resources, which they can then use to upgrade their mining equipment.

The Quarry is sure to be a hit with fans of mining games. Its challenging gameplay and unique setting are sure to appeal to gamers of all ages.

Redout 2 is the sequel to the hit racing game Redout. The game features more tracks, more vehicles, and more customization options than the original.

If you loved the first Redout, then you’ll definitely want to check out the sequel. The game looks to improve upon everything that made the original great while also adding a few new features to keep things fresh.

The game will be released on June 16th for PC, PS4, and Xbox One.

Fall Guys is a multiplayer battle royale game where players compete against each other to be the last person standing. The game features a colourful and whimsical art style, and has been described as a “cross between Mario Party and Battle Royale”.

Fall Guys is published by Devolver Digital and is developed by Mediatonic Games. It is coming as free-to-play across all platforms on 21st June 2022.

Madison is an upcoming psychological horror game that takes place in a post-apocalyptic world. The player takes on the role of a survivor who must find food and shelter in order to survive.

Every character in the game has a terrible backstory that ties into the main plot perfectly. Madison is a survival game that will test the player’s resourcefulness and ability to make tough decisions.

DNF Duel is a 2D fighting game that features characters from the popular webcomic, DNF. The game will have a roster of 10 playable characters at launch. Each character will have their own unique moveset and combos.

The game will also feature online multiplayer modes. Players will be able to compete against each other in ranked matches. There will also be an offline mode where players can practise against AI opponents.

DNF Duel is set to be released on June 16th. It will be available for the PlayStation 4 and Xbox One.

June is shaping up to be a big month for gamers! These are just ten of the most anticipated games that will be released this month. 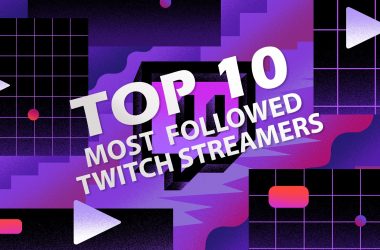 Top 10 Twitch Streamers – No one is Near to Ninja

Streaming has continued to expand rapidly in 2021, despite growing competition from YouTube and Facebook Gaming. Twitch, on…

A bunch of sales occurs every year in the steam store where many games, even AAA titles go… 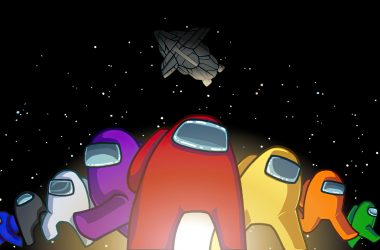 This post is for you if you don’t know any new video games release schedule of December 2021.…